By Philip on August 7, 2013 in Uncategorized

Interestingly (not surprising), Microsoft has given these previews an internal version of Windows 6.3.  With regards to discovering the internal version number, Microsoft has introduced a new API called “Versionhelpers” API that deprecates the old “GetVersion(Ex)” APIs.  This causes some very minor problems for our software that I’ll discuss in a later blog post.  But for now, you can satisfy your curiosity by reading Operating System Versioning

So here are some screen shots showing Server 2012 R2 after installing Performance Sentry.

Here is the initial screen after a boot up: 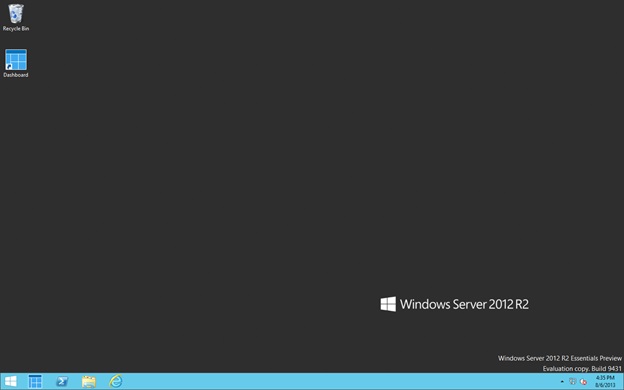 To get to the infamous “Start” screen, you either click on the ‘Windows’ icon in the lower left-hand corner, or press the ‘Windows’ key on your keyboard: 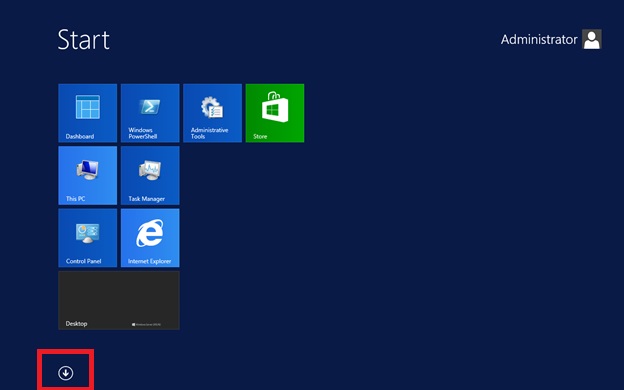 Now that Microsoft has re-introduced the “Start” button, you’ll have to click on the ‘Down Arrow’ (indicated in the red box in the screenshot above) to get to the ‘Apps’ screen, where you can see the various Performance Sentry components (in the red box on the right-hand side of the screen shot): 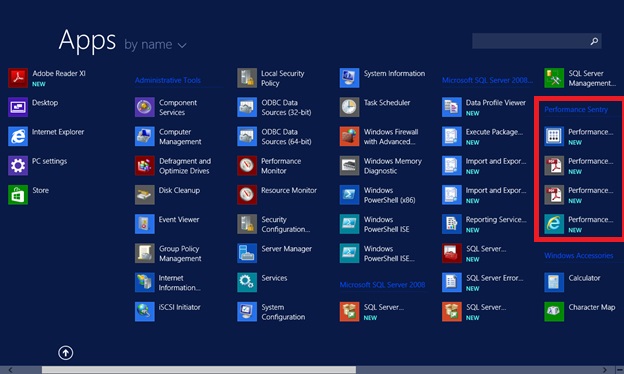 To return to the “Start” screen, you press the “Up Arrow”: 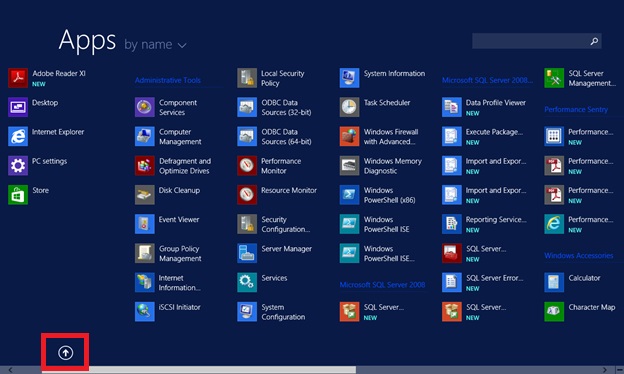 Windows 8.1 has an interesting boot-up graphic. It will be interesting to see if it is retained for the final version:

Once your machine boots, and unlike Server 2012 R2, you land on the” Start” page.  To navigate to the applications page, you need to click on the “Down Arrow” indicated by the red box in the lower left-hand corner of the page: 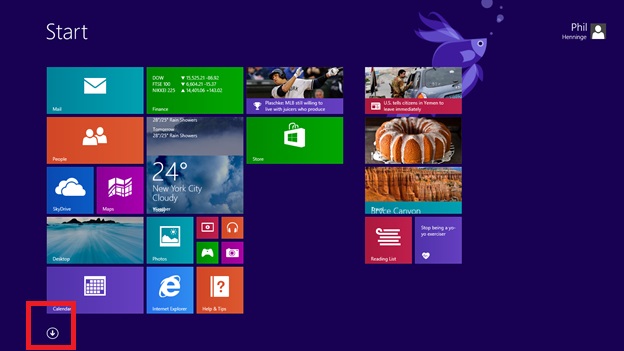 Performance Sentry appears on the “Apps” page as indicated in the screen shot below by the red box on the center-right side of the page: 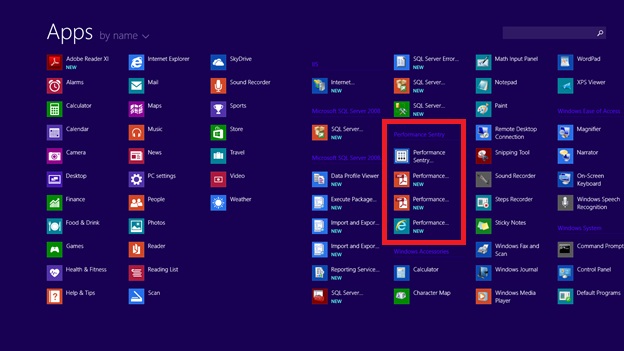 To return to the “Start” page, click on the “Up Arrow” in the lower left-hand corner of the page: 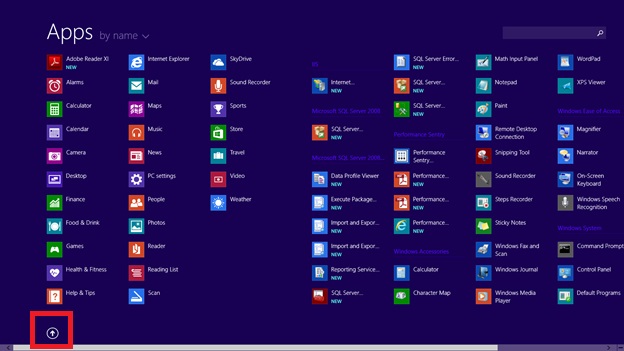 A preliminary look at the performance counters on both systems didn’t reveal anything of great importance. One thing that our 18 year history of looking at Windows performance counters has taught us is to wait until the “Release To Manufacturing” version has been shipped before spending significant time examining any particular counter as they tend to disappear in the RTM version.